What To Expect In 2019 From The Federal Reserve

Over the past 11 years since the 2008 financial crisis, The Federal Reserve has taken a substantial role in stimulating, then later carefully supporting the newly found strength in the economy. All of this was done with significant economic intervention on a scale never quite seen before. So what does The Fed have in store for us in 2019? Let’s take a deeper look.

All Eyes On Interest Rates

After the 2008 global financial collapse, The Fed took a series of aggressive maneuvers to stabilize the economy and stop the bleeding. In fear of another run on the banks à la The Great Depression, the first action was to provide liquidity to the markets. They wanted to make sure that the banks had enough cash to resume their day-to-day operations. Secondly, they utilized quantitative easing by purchasing large amounts of major assets and government bonds to inject money directly into the economy. This supported major financial institutions to keep them from collapsing, thereby causing an enormous domino effect and a major shock to the market. This is how the infamous moniker, “Too Big to Fail” came into existence. Lastly, they dropped interest rates to historic lows in order to encourage consumer borrowing and spending.

These drastic measures ended up having their desired result, and the economy slowly recovered from its tailspin. The markets began showing new signs of life and consumer confidence rose. Since that tumultuous time, The Fed has transitioned from an emphasis on stimulation to stabilization. You might accelerate more quickly in lower gears, but you need to shift to maintain a healthy speed. So it goes with the economy. With the markets showing new life, The Fed decided it was time to incrementally raise interest rates. They have since raised rates 9 times, with 4 of them taking place in 2018 alone.

Flash forward to 2019, and The Fed is updating its economic projections for the year, trimming the number of planned rate hikes from 2 to 0. Making the second straight time they have decided to leave interest rates where they are. Economic growth is beginning to slow, and The Fed changing their forecast is not always a good sign. This is due to a few different factors.

February’s employment report showed the slowest job growth since September 2017, and the inflation rate is still a tad below their 2% target. With energy prices in flux, Brexit in peril, and sustained trade tensions in the states, The Fed has since employed a new strategy for 2019, watch and wait.

With all of these volatile factors, one might be inclined to watch from the sidelines rather than getting involved. On the contrary, The Fed continues to reiterate that the fundamentals of the economy are strong. They recognize that global developments are making it more difficult for the economy to continue at the brisk pace of the last few years. Nonetheless, their outlook is still very positive and they expect the economy to grow around 2.5% in 2019. This is a very healthy level of growth, and they want to be careful not to interrupt it.

With more rate hikes on the horizon in 2020, time is of the essence to lock in a new loan or refinance. Fill out our simple funding request form or contact us today to learn more. 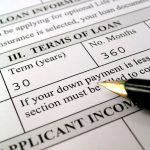